Hi everyone! Tonight is a super special night for me. My new stamps and stencils designed for PaperArtsy are being released! In this post I’ll show you all the products in the release, a little bit of history on how these came to life, few samples that my team (Lynne Moncrieff and Jennie Atkinson, great artistic women!) have done for the release as well as my own samples with step-outs and videos. So grab a cup of tea or maybe some popcorn, and enjoy the party!

These are the products: 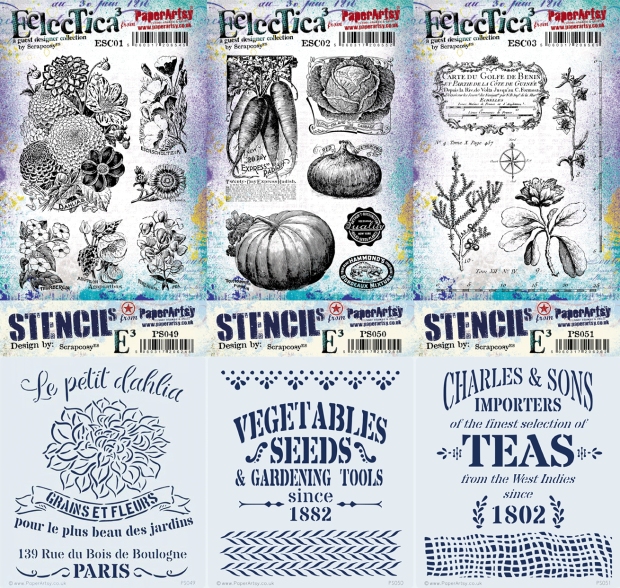 And this is the official released video prepared by Leandra:

It all kind of started 5 months ago, the night before Crafting at Ally Pally show in September. I had been researching for quite some months before that night, looking through old vintage books from the 18th and 19th century, finding beautiful treasures in colour with the purpose of creating a paper collection some day. Then I came across some black and white images too, which were awesome but not exactly what I wanted for my papers. Still they were so beautiful that I couldn’t keep my mind out of them, I felt I needed to do something with them. Then that night I had this crazy idea: These would be perfect as stamps! I have to show this to Leandra! At that time I only knew her because she really liked my infusions vs brusho review video and she contacted me due to that, so she seemed very approachable hence I decided to try.

I printed 2 sets of the images I liked most, which I called, Voyager 1 and Rare and Beautiful Flowers 1 and put them in my backpack for the next day. I barely could sleep that night… The next day I woke up, grab my stuff and went for the show. I saw Leandra and before me saying anything, she gave me a smile and reminded me how much she liked my infusions video (that was a nice start!). I didn’t dare to say anything about the stamps yet, I wandered around PaperArtsy stand, booked my make and take and then when I was paying for some infusions and rusting powder I asked her “can I show you something at the end of the show?” She said “of course”. I had a great day at the show, and at the end I came back to her, very nervous and excited at the same time. Apparently what I did wasn’t following “the normal way” and I was told it was “very brave” but I didn’t over think it, maybe the magic of the images wanting to be made public again was pushing me, so I guess I just tried, the worst I could get was a “no”. This is what I showed to her:

She liked the images, she gave me some hints and tips so I could adapt the images better for them to become actual stamps and few months later here I am today, a guest designer for PaperArtsy with 3 new stamp sets and stencils for you! I can’t be happier!

So thanks to Mark and Leandra for trusting on my stamps and stencils and for giving me the chance to become part of the PaperArtsy family, the are very nice people and I feel I found the lucky pot by approaching them. And this weekend at CHSI Stitches by their side just confirmed it even more. Their brand is awesome in many ways and it’s full of talented people. So much to learn from them! They and Emma Godfrey did an awesome job putting together the PaperArtsy stand so the shops could stock the products ready for the releases, have a look yourself:

And this is how my stamps looked in the wall (It’s so weird seeing them):

And these are the displayed samples from me and my two wingmen Jennie Atkinson and Lynne Moncrieff: 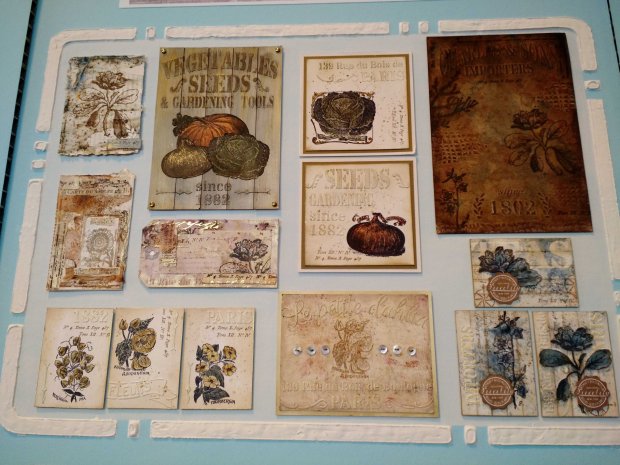 These are some of Lynne’s samples, but you can see more details on her blog. I love how many layers she adds to her projects, I find these are awesome: 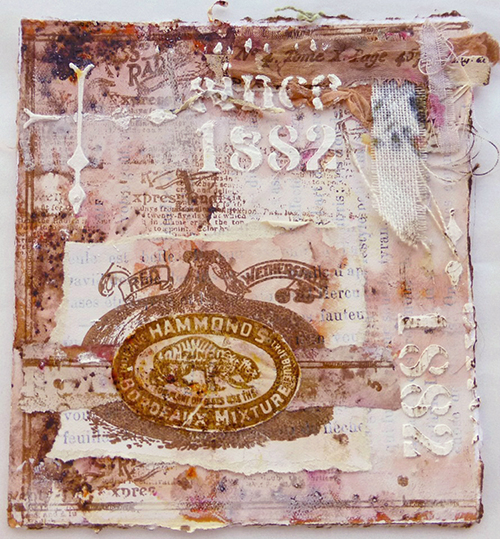 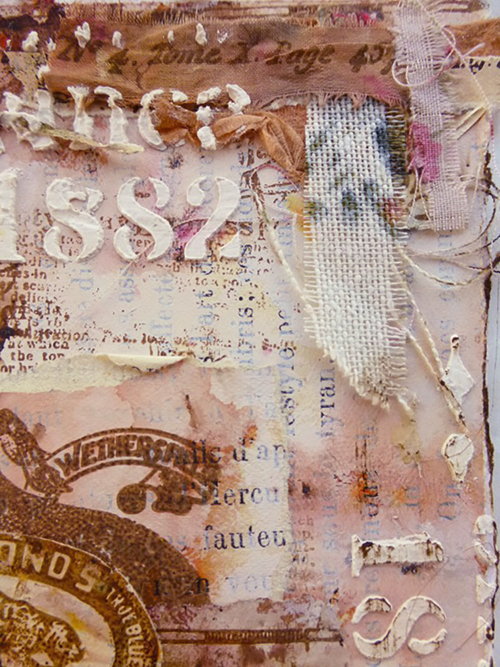 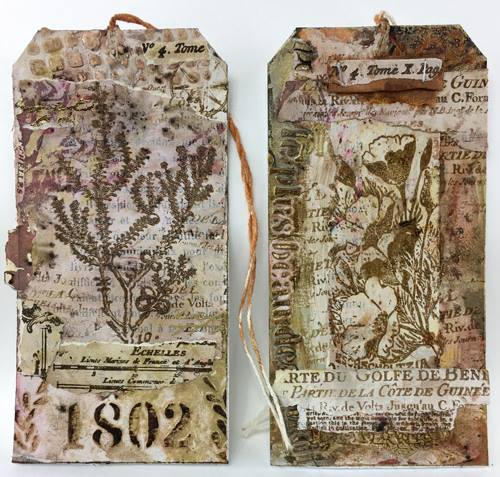 And these are Jennie’s, so delicates, more on the shabby chic side. Visit her blog for even more examples: 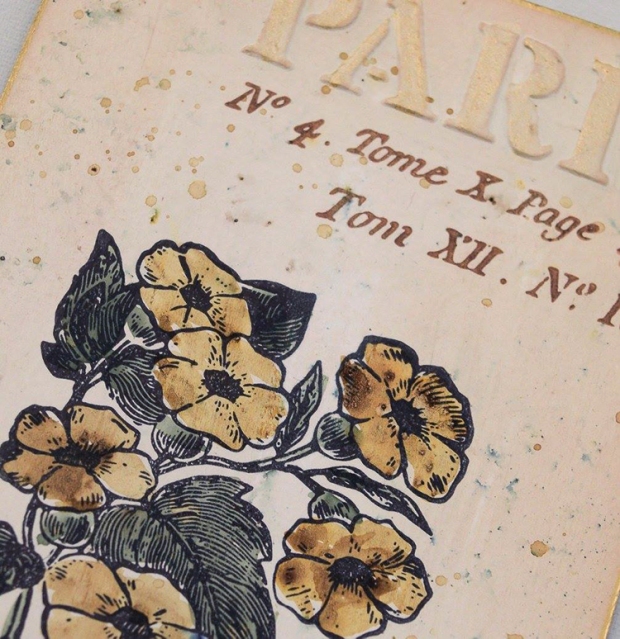 Now let’s go back to the products and how these were born and I’ll show you few of my samples made with them and videos!

ESC01 – Rare and Beautiful flowers – This collection was born the minute I found the dahlias bouquet. I was just gorgeous! It is a very big stamp and although I wanted it even bigger it had to be this size so I could fit in these other little beauties. I think the agapanthus is my favourite at the moment, so small and so detailed. What do you think? Which one is your favourite?

PS049 – Le petit dahlia – I decided to create the stencil as if it was a flower shop located in the beautiful Paris some hundred years ago, oh, la la! Although the stencil is big (so it can be used for home decor, maybe for a tray or for a cushion) there are many parts in it that can be used in pieces to create smaller pieces of art as the ones you’ll see below, right after the stencils:

Since most of the flowers are more or less the same size, you can create a mini-collection of cards with them as I did here, while testing some of the new infusions that will be released tomorrow in the PaperArtsy blog. I applied them with glaze and a drop of gold fresco paint as a background and then stencilling first in black (with black soot distress ink) and off-setting the stencil and using it again with grunge paste mixed with gold fresco paint. Then I stamped the images using versafine ink: 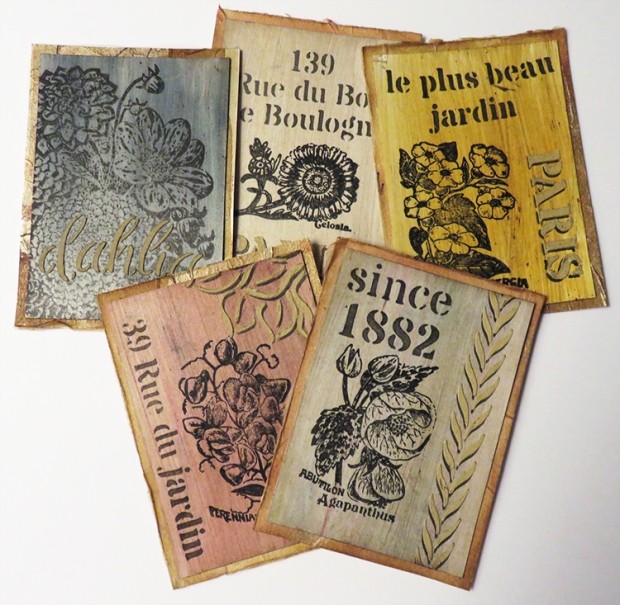 I did another sample for this collection: 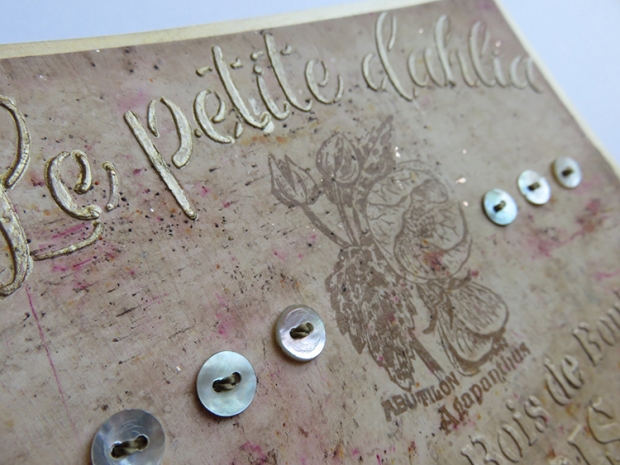 And then I repeated it again so I could record the how to video below for you (the only difference is that I forgot about sewing the buttons… But I guess you can figure out how to do that): 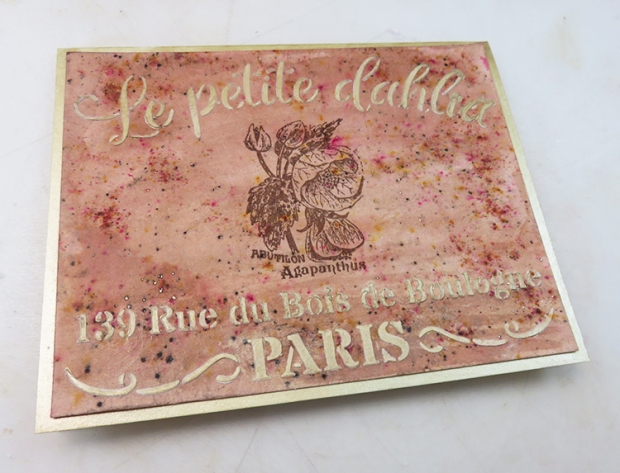 ESC02 / PS050 – Vegetables – I’m not sure which of the vegetables was the one that got me into making a vegetable stamp set. Was it the pumpkin, or the onion? Or perhaps the radishes (I bet you thought these were carrots)? What I knew I would include though would be the 2 vintage labels… I know it’s a weird stamp set, who would use a vegetable on their project? But think about the possibilities, you can make a card for a gardener friend (there are many out there), or an encouraging card for somebody that is on a diet (many people do it either in January or when summer approaches) or maybe for a cooking notebook to decorate or to create your own package seeds. The stamps in combination with the stencil PS050, which I designed as if it was a sign of a gardening shop, really match well for this type of projects.

Since I like the images so much I decided to create like Polaroid style cards with one stamp of each vegetable:

But the actual project that I had in mind when I was designing the stencil was this one, which resembles a wooden sign and you can check how to do it in the video below:

ESC03 – Voyager – as I mentioned in the PaperArtsy blog, I love maps so when I found out an atlas compiled by actual voyagers, who would draw not only the maps but also the specimens found on their journeys and I came across the flower with the 5 leaves, I just fell in love, so I decided that the stamp set would be a celebration of that trip to New Guinee (hence the frame) and include the three flowers that apparently were grown near by. The stamp set also includes scales, a compass and even book pages and tomes of that same atlas.

PS051 – When I think about maps, navigation and 17th century I just can’t help of thinking about the tea traders so I decided to create the stencil about a fictitious family who were importers of the finest teas coming from west indies.

With that stamp set I created 2 projects.

The first one is very simple, it’s a set of 3 cards in the same line, using infusions to create a linen effect and stamping the images. Then just sewing, adding some lace, aging the edges and adding the buttons and that’s it: 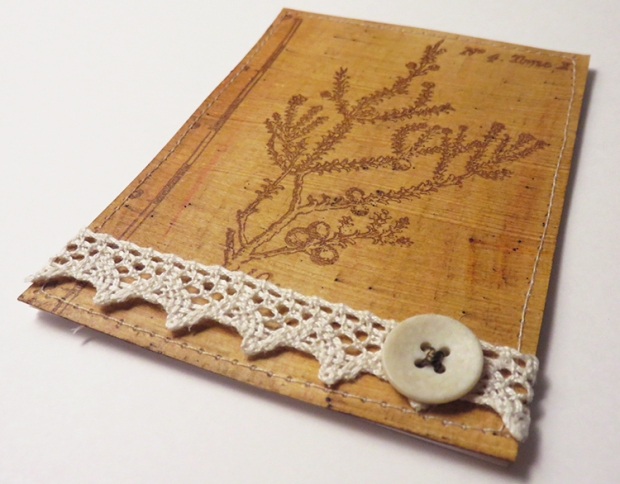 This second project, well, you better watch the video. It started as a background for one of the cards but the colour I was getting was too similar, then too pale and finally too dark, so the result I got with infusions was so different (and I liked it so much) that I decided it needed to be a project on its own (and now it’s become my favourite). 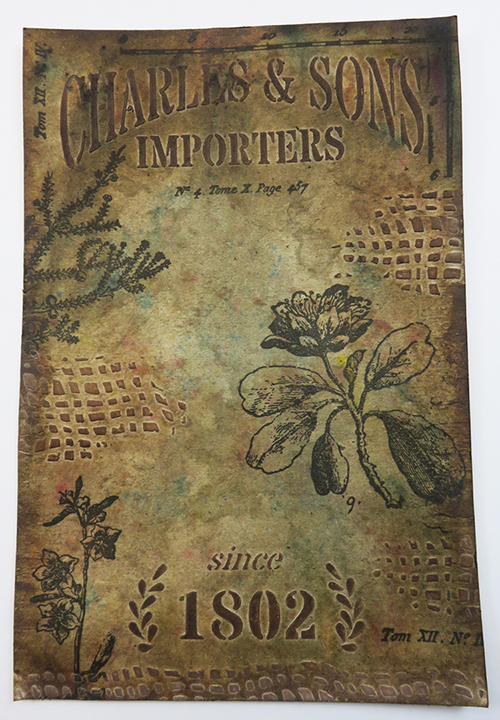 Here is the video on these 2 samples, so you can have a look on how these were made:

Thanks for reading! And see you in the next post! 🙂 If you want to send any comments or subscribe, go to the end of the post below 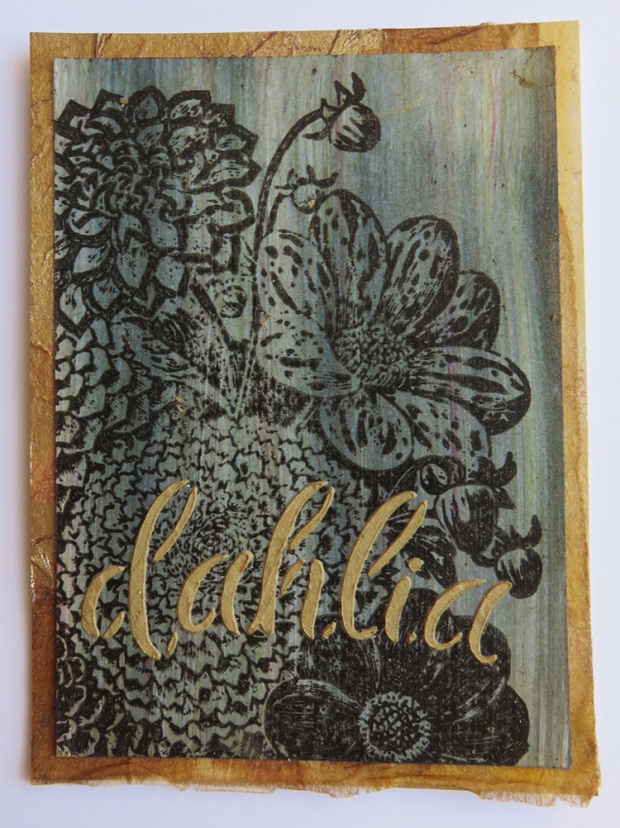